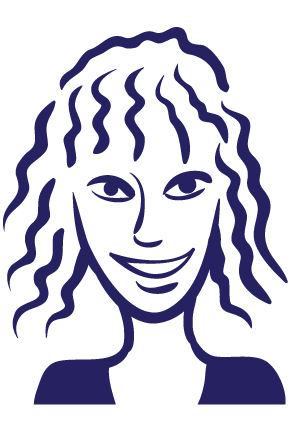 Hello, my name is Mitsy. Welcome to my site. I am here to talk about all of the sporting goods you need to play your favorite games. I will share information about popular sports games you can play alone or with a team. My site will cover the basic and advanced gear you will need to use for each position you play. I will discuss the proper way to utilize the equipment to prevent injuries and improve your gameplay. Please feel free to follow along with my site on a regular basis to learn all you can about sports equipment.

Fishing is one of the oldest hobbies in the world, …

Read More
Purchased A Semi-Automatic Rifle And Problems With Feed Chamber? 3 Reasons This Can Happen
31 December 2018

If you just purchased a semi-automatic rifle and i …

As a coach, you might feel as if you are always be …

Read More
Looking To Take Up A Sport? Why You Should Consider Archery
17 September 2017

If you've already passed through your school years …

If you've ever had a leg injury that made it hard for you to walk, such as shin splints or a knee sprain, you have likely used the RICE protocol. This stands for "rest, ice, compression, and elevation," and it's one of the better known treatments for runners, walkers, and others who are prone to leg injuries. However, you may also hear about a protocol called POLICE. This new protocol could make your injuries heal faster, but it also requires some professional help after the first day or two.

The acronym POLICE stands for "protect, optimal loading, ice, compression, elevation." You can see the main difference is in the beginning of the acronym. Instead of resting the injured leg, you have to protect it and then do something called optimal loading, which is essentially placing as much weight as you can on it and moving it as soon as you can. Don't completely discard resting from your treatment; the first day or so, when you're still dealing with the initial injury, will likely require rest. However, in RICE, rest is usually taken to mean resting the limb for several days. Unfortunately, that can have a side effect that makes it take longer to heal: your leg becomes stiff. Moving then becomes more painful and not as fluid as it should be. So not only are you recovering from the main injury, but you're now also trying to regain a range of motion in your leg.

It's important to realize that RICE and POLICE are meant to be first-aid strategies, used when you first get injured and when you're still trying to suss out what's really wrong with your leg as you make an appointment to see a doctor. If you forget and use RICE, or if you try POLICE and just don't feel comfortable moving the leg yet, you're not going to really damage your chances of recovery in those first couple of days. It's more important to get some sort of treatment going, rather than trying to do too much, too soon.

One big disadvantage to POLICE is that, if you can't get to a doctor's office within the first few days, you're left to your own devices regarding when to start moving the injured leg. Sometimes it's easy to tell when it's time to start putting a little weight on the leg and moving affected joints, while other times it's not so obvious. You have to use your best judgment and err on the side of caution (if there's anything worse than resting too much, it's placing too much stress on the injured leg and causing more injury).

Do your best to see a doctor as soon as possible after a leg injury. And remember, both protocols call for ice, compression, and elevation—ensure you place cold packs or wraps on the leg, find your elastic bandages, and prop that leg up on a pillow.